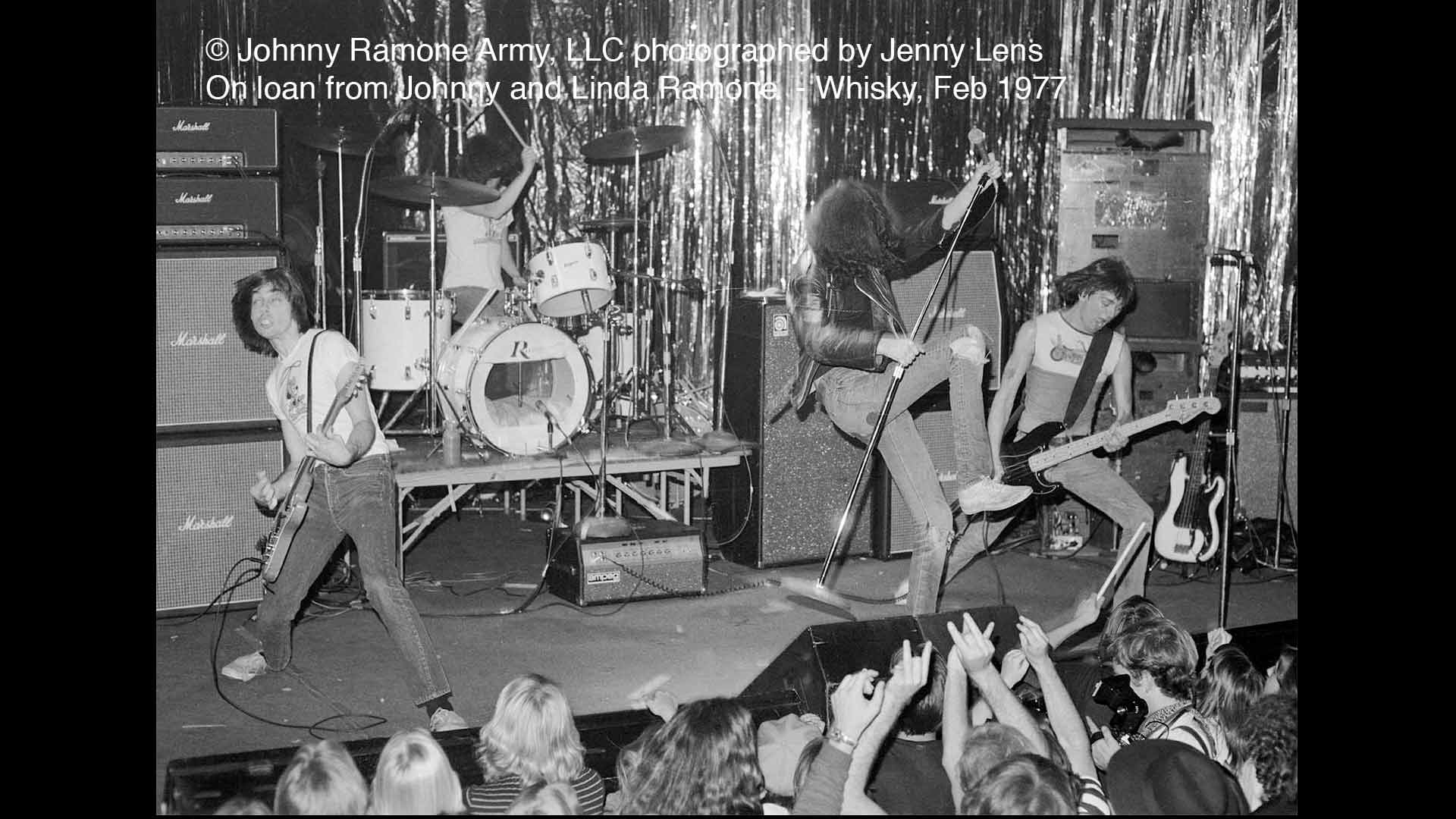 by Richard Schaefer in Lisa Fancher’s “Street Life” fanzine. Proof I was the Ramones “numero uno fan and famous paparazzi in her own right.” In EARLY 1977!!

Tantalizing sounds of the skirmishes of desire, of lips surrendering cheap kissed in the other room, brought torture to anyone who listened. We stood between the jungle and the stars, both of us trying to keep our balance as we fought. DEE DEE was a madman at my throat an my eyes, trying to gouge them out.

At last he got me right in the eyes, his fingers sinking in . . . My brain seemed to burst and I saw “Carbona Not Glue.” He was still in my eye sockets, still digging in! My brain felt ripped open. Then I saw a little out of my left eye. It was BLONDIE! She cursed and panted in frenzy trying to come in for the kill. My hand went for that sensuous mouth. I wanted her kiss-print. She clenched her teeth and sun keep “In the Flesh” on my hand. I had never seen a more beautiful, ravaging animal. She bellowed with laughter and staggered back toward the punch-bowl.

Rock and Roll was re-born at the SCREAMERS house in Hollywood. It was 2 in the morning as the party was just starting. Up the winding, vinyl staircase they came, NEW YORK, TOKYO, ROME, SEATTLE, PARIS and AZUZA, dueling with EL LAY’S punk elite to honor the RAMONES and BLONDIE on their successful Whiskey A Go Go gig.

The boppers were bopping. JIMMY DESTRI, keyboards for BLONDIE, was the first to make an entrance, with CAT WOMAN [Hellin Killer?]. SCREAMER TOMATA, a vision with erotically torn T-shirt and black continental boots, manipulated his guests from room with promises of champagne and kisses. And the boppers were arriving. RODNEY, the mayor of Sunset Strip, arrived carrying two PHIL SPECTOR Greatest Hits LPs and headed for the carousel wet bar and a Diet Pepsi. BOB MORRIS got a coke. KIM FOWLEY was caught sojourning thru the steamy hell of 350 party-goers in search of who know what, perhaps another HELEN REDDY. VENUS AND THE RAZORBLADES escorted him flashlights and yardsticks.

The RAMONES made the scene and were greeted by MISS JENNY STERN [aka LENS], their numero uno fan and famous paparazzi in her own right. She unleashed her inner lusts in a frenzy of flashing light bulbs and camera straps.

JOHNNY RAMONE’S plunged teeth first into a Jack In The Box super taco, satiating his craving for south of the border delight. But he drank less easily, and his bulging eyes rolled in their sockets and became bloodshot. PHIL MILLER, that noted rattan furniture king, accidentally shoved that “Sorrow” boy, RICK DERRINGER head first into the chilly caverns of the Frigidaire, showering him with designer nudie-ice-cubes. Undaunted, Mr. D fixed himself another Galliano.

Out on the piazza, things were getting hotzza! FAYETTE, draped languorously over the bust of MEDUSA, queried to JOEY RAMONE and noted surrealist film-maker STEVE ARNOLD “Just what is the mystic rationale behind the ancient burial motifs in the Valley of the Kings?” JOEY quipped “MOTHRA is one of my favorite flicks.” By the flaming hibachi fire, PHAST PHREDDIE put his hot hands down LISA ROBINSON’S dashiki, serenading her by lip-synching to ABBA’S “Dancing Queen.” DANNY FIELDS, 16 editor and RAMONES manager, was closed-lipped to everyone except TOMMY GEAR of the SCREAMERS and confided to him the secrets of how to be “Adonis of the Month.” GEAR wondered aloud “Where is Nico?” GARY VALENTINE of BLONDIE answered “NICO lives on PICO, have your heard her sing “Tico Tico?”

The omni-present LAPD joined the party at about 4:30, but thanks to the chicanery of a mysterious red-head called Cherie the Penguin, they soon left. The orgy continued at a Marquis De Sade level now. The howling voice of JOHNNY ROTTEN came over the P.A., screeching “destroy,” as windows shattered, fists of fury went thru the wall, light fixtures were ripped from the ceiling and ARTURO VEGA, artistic consultant for the RAMONES danced the Pogo. DEBBIE BLONDIE was screaming “Let me have some air!” CHRIS STEIN laughed sardonically as he put out a cigarette on the tender neck flesh of a 13 yr. old girl from Van Nuys. It was damned and damned again.

GO GO GOMEZ of the MONITORS, his bony shoulders shivering under the wool prison shirt he wore, tried to keep a low profile from the Immigration authorities and hid in the pantry all night. DANNY, lead singer of the QUICK, mobbed by several teenage nymphos, locked himself in the little boys room to repair an otherwise perfect persona with band-aids and peroxide.

And the bacchanalia went on, tantalizing sounds of skirmishes and desire, of lips surrendering cheap kisses in the other room, brought torture to anyone who listened.

[thanks to archivist David Jones for supplying the fanzine jpg I transcribed. Typed with any and all spelling, grammar and punctuation mistakes, so don’t tell me to change it. Proof I was the “Ramones numbero uno fan,” way back when it all started. So fuck you to everyone who doubts LA had a rabid Ramones fan base which ignited our explosive punk scene BEFORE the Masque or Brendan.]

Write Jenny if outside USA. Pls include COMPLETE shipping address. Whatever USPS charges, you pay.

Kodak archival inks and paper from a top professional lab

Hi! IF you cannot place an order or want something not yet posted or ANY questions, pls Write Jenny Lens. Thanks! Dismiss

All sites require cookies to display info. I don't keep nor have access to it. Either accept it or move on. It's the law. Now go have fun!

This website uses cookies so that we can provide you with the best user experience possible. Cookie information is stored in your browser and performs functions such as recognising you when you return to our website and helping our team to understand which sections of the website you find most interesting and useful.

Strictly Necessary Cookie should be enabled at all times so that we can save your preferences for cookie settings.

If you disable this cookie, we will not be able to save your preferences. This means that every time you visit this website you will need to enable or disable cookies again.